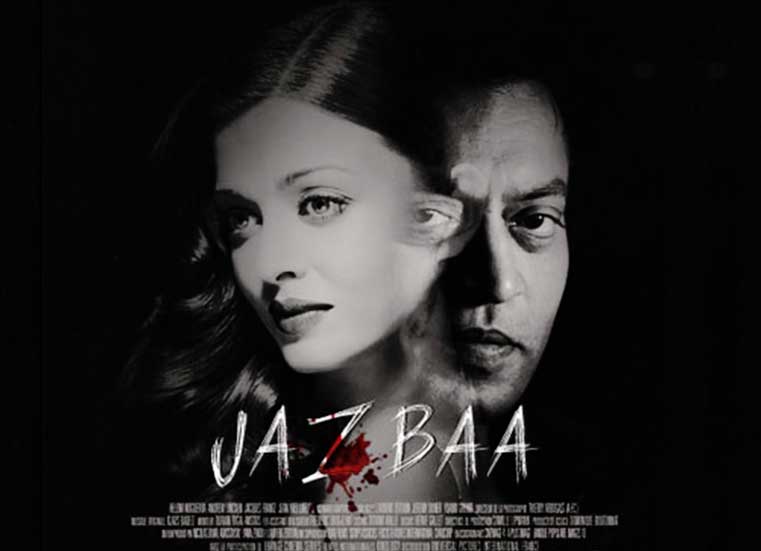 Jazbaa Movie is upcoming bollywood action, crime and drama entertainer film. Casting Aishwarya Rai Bachchan, Irrfan Khan, Shabana Azmi, Anupam Kher,Chandan Roy Sanyal, Jackie Shroff,Atul Kulkarni, Abhimanyu Shekhar Singh. Directed by Sanjay Gupta. The story: Prominent criminal lawyer Anuradha Verma’s daughter is abducted, and the abductor informs her that the only way she will ever see her daughter again is by defending a convicted felon, charged with brutally raping and murdering a young woman. The abductor watches Anuradha’s every move, forces her to comply and orchestrates a perfect crime by outwitting the police. Anuradha’s friend Yohan, a suspended policeman with disregard for old rules, is too tangled up in his own mess to help her. The prosecutor is a longtime rival who is determined to defeat Anuradha professionally. Anuradha has only seven days before the trial ends and race against time and corruption to save her daughter.